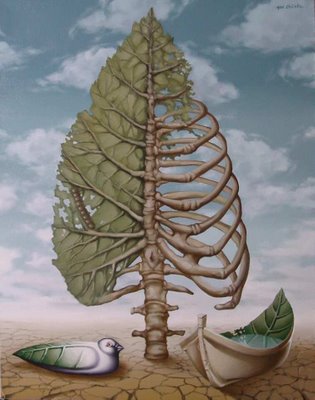 EVENTS
October 1992 - the group exhibition at the"Book's House” from Deva with some graphic art papers, posters and book illustrations.

June 1994 - Personal exhibition and theoretical presentation of the Diploma Work entitled: "Festina Lente".June 1997 - He took part in the summer practice which made up the introduction in the world of graphics arts on computers.October 1997 - Mihai had the opportunity to collaborate with American students from the Arts Institute from U.S.A. and they exchanged papers through an American teacher who visited the Visual Art Academy "Ioan Andreescu "from Cluj-Napoca. 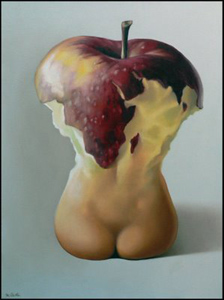 December 1997 - the winter practice, in order to view some exhibitions from the Arts Museum from Budapest.June 1999 - Collaboration with Europontic Printing house of Cluj-Napoca for illustrating the children's books: "The Wizard of Oz" and "Amintiri din copilarie".June 2003 – the Group Exhibition in Denver, Colorado with a few surrealistic paintings. 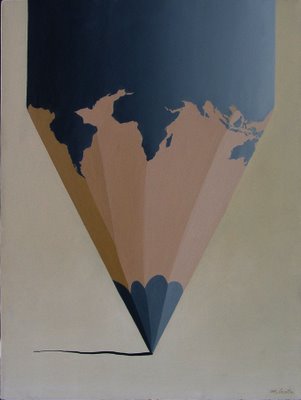 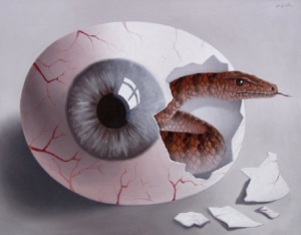 5th of February 2006 - in the National contest of paintings at the "Opera Theatre Ion Dacian" of Bucharest which was organized by the Foundation "Arte e Arta", where
he displayed one painting: "Incarnated Logos". 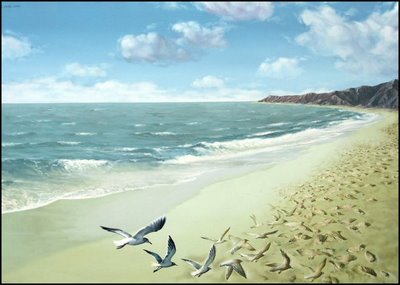 6th of September 2006 - the group exhibition "Balcic-Queen Mary's Heart" where he presented three paintings realized during the documentary trip organized at Balcic by the Foundation "Arte e Arta" in the period between the 3rd and 9th of July 2006.

23rd of October 2006 - the group exhibition "Cool Daddy Rembrandt" occasioned by ROMHOTEL 2006, organized in ROMEXPO Exhibition Complex from Bucharest, where he displayed 10 paintings in super realistic style, together with other young painters, all the paintings being designated to the hotels, offices and banks.