Summary/Introduction by Ileana Costea, IC ART Gallery Director, author of numerous articles about “surprise discoveries of Romanian culture all over the world.”

The article below is about a very successful French and Russian music show, "Moulin Russe" by the group called “Paris Chansons” of singer Julia Kantor and her husband. Recently the group gives monthly shows at the Sofitel Hotel and Catalina Bar and Grill in Hollywood, CA. The show presented in the article took place on March 29, 2015 at the Catalina Bar and Grill on Sunset Boulevard and had French, Russian as well as Israeli, Morroco, and Argentinian-tango flavors. The group’s signature show was “Moulin Russe” (a nice play on words vs “Moulin Rouge” of Paris.) They change the theme of their show every month, and they succeed to attract a large crowd of the very ethnically diverse population of Los Angeles. Known yet by another name, Catalina Jazz Club, this supper club has hosted great live jazz and cabaret in a setting with Old World charm since the mid 1980’s. Over the years CJC presented a veritable who's who of music legends, including Dizzy Gillespie, Art Blakey, McCoy Tyner, Chick Corea, Carmen McRae, Joe Henderson, Benny Carter, Wynton and Branford Marsalis, Joshua Redman and vocalists like Melissa Manchester, Brenda Russell, Jane Monheit, Barbara Morrison, Roberta Gambarini, and many more. This restaurant-club is managed by a Romanian owner Catalina Popescu and is considered one of the best places for high quality live jazz in Los Angeles. There is no online or on-paper travel forum/blog/newspaper in LA which does not mention CJC. In a list of the 6 best places to listen to great live jazz in LA, CJC is at the top. It started with the fantastic idea and unbeatable perseverance of Catalina’s husband, Bob Popescu, to invite Dizzy Guilespe (whom Mr. Popescu was able to convince) to play with his band at their restaurant bar. This put the place on the map. And yes, what’s most important to attract best musicians and music fans CJC has a hall with high quality loudspeakers which offer best sound. The author of the article athe Moulin Russe show at CJC is Ms. Anca Adumitroaie, a Romanian, living in Southern California and writing about the Viitorul Roman Society’s numerous cultural events she organizes as its Cultural Director and Press Secretary in Los Angeles.  Adumitroaie’"pen" reflects the style of a well-cultured person, with skilled writing style, and a lot of sensitivity and spirit of observation. The VRS plans to organize this summer a performance of Julia Kantor’s group dedicated to the Romanian community audience. Anca told me “The group started already to be loved in Los Angeles, and a larger reading public should be made aware about them. They really deserve it since they are exceptionally good!“ Enjoy! 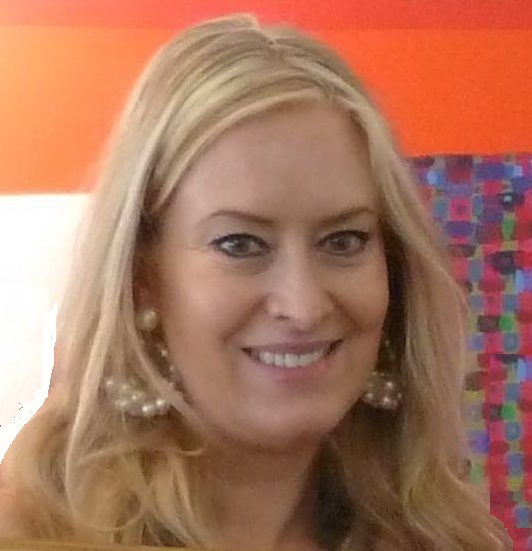 The encounter with the "Catalina Bar and Grill" music and ambiance is always a pleasure and a spiritually rewarding experience. Its high quality music aims to please a very diverse clientele and, over the years, we've had the pleasure of listening to jazz legends such as McCoy Tyner, Chick Corea and Joe Zawinul.

Moulin Russe in played at Catalina Bar and Grill in Hollywood, California in March and June, 2015

I was really glad to discover the "Paris Chansons" band and their music a couple of years ago at the "Catalina" location, when they performed the "Moulin Russe" show, a delightful and highly entertaining potpourri of French and Russian songs, seasoned with unforgettable cultural fragrances. I returned on March 29, 2015, at the same historical Jazz Club in Hollywood, for a new, enriched and improved version of the show, with a highly fascinating "Argentinian twist"!

On that night, the "Catalina" room was filled to capacity, and the band members were greeted enthusiastically, by a very eager, appreciative audience. The repertoire was opened by Max Cohen, whose warm and subtle voice successfully resurrected the memories-permeated all-time beloved hits like Enrico Macias' "Je m'appelle l'Orientale", Nana Mouskouri's "Milise Mou" or Gilbert Becaud's "Natalie". His Moroccan origins and Israeli background were identifiable in the exotic arabesques and voice modulations of his performance.

Following the first leg of the musical adventure, Jean-Louis Darville from Paris and Jacob Kantor from Moscow entertained the audience with a friendly banter interlude, based on each artist's cultural background. While Jean-Louis revived the Parisian charm of "amour", Montmartre, and Champs-Elysées, Jacob exulted the Russian melancholy of Moscovite winters.

Julia Kantor is fascinating due to her feminine, graceful presence, as well as her velvety, sensuous voice. Born in Ukraine, Julia studied in France and remained forever entranced by the French culture and the incomparable romanticism of "la chanson française".  She offered a lively, original interpretation of songs like: "Je veux" by Zaz and "Paris s'éveille" by Jacques Dutronc. I was genuinely taken with Julia's ravishing rendering of "Quand elle rit aux éclats", a song by "Vaya Con Dios", that seems to access every rule of attraction, making the audience resonate and vibrate as one.

The third vocalist of "Paris Chansons" is Jean-Louis Darville, a true Frenchman who left the City of Lights, but never lost that "je ne sais quoi", the Parisian "charme" and love for the French "chanson". He revived all-time beloved classics like Aznavour's "For Me Formidable", Christophe's "Aline" and an unforgettable song of a young Serge Gainsbourg: "Le Poinçonneur des Lilas".

The show continued being enchanting and extremely entertaining, as the audience felt overwhelmed and spellbound by the bittersweet, unique taste of languid memories or pure and simple "joie de vivre", elicited by songs performed with great pathos by Russian-born artist Jacob Kantor. The repertoire crossed cultures and genres, visiting, besides the realm of the French "chanson", Russian ballads or love songs with Gypsy overtones, such as the ones from the movie "Cruel Romance" and from other classic cinematic gems with or by Nikita Mikhalkov.  Among the various stations on this cultural and musical journey offered by "Paris Chansons", we were treated to covers of Dalida's "L'histoire d'un amour", Toto Cutugno's "Lasciatemi cantare", Enrico Macias' "Zingarella" and Joe Dassin's "A toi". Julia and Jacob Kantor revisited their Slavic roots through famous songs like "Ochi chyornye", "Russian Tango" and some original "Paris Chansons" compositions by Jacob Kantor. I was pleasantly surprised by Julia's personalized and fresh-sounding French rendering of Barbra Streisand's "Woman in Love".

Besides Jacob Kantor (voice and guitar) and Julia Kantor, Max Cohen and Jean-Louis Darville as vocalists, the "Paris Chansons" band is also composed of other four remarkable musicians:  Jeff Lams on piano, Endre Balogh on violin, Adam Cohen on upright bass and Sinclair Lott on drums. On March 29, 2015, at the "Catalina Jazz Club" in Hollywood, the people in the audience were offered an exquisite surprise: the guest performance of the bandeoneonist Mariano Dugatkin from Buenos Aires. The bandoneon provided the exotic nuances that reminded the listener of the "nuevo tango" genre, made famous by Astor Piazzolla's bandoneon compositions, to which Mariano ingeniously added Spanish, Yiddish and Russian touches.

The "Moulin Russe" musical journey was concluded with the four vocalists performing together Enrico Macias' "Le mendiant de l'amour", while the guests sang and some even danced, proving that "Paris Chansons" manages to unify everybody under a common umbrella of "joie de vivre", down the memory lane of musical treasures of the world.

Joseph Campbell once said: "If you follow your bliss, you put yourself on a kind of track that had been there all the while, waiting for you".  Following their path of rediscovering and recreating musical treasures of the collective memory of the soul, the members of the "Paris Chansons" band have obviously found their "sacred space" of happiness and are generously sharing it with us.

Video: "Moulin Russe" at the Catalina Jazz Club in Hollywood!

The Official Site of the Paris Chansons group

An Interview with Julia Kantor of the Paris Chansons group

Paris Chansons to Perform at the Catalina Jazz Club by Laura Wilhelm, Intercultural, The Hollywood Times, 03/12/15

Paris Chansons, LA's premier French band, performing French facorietes from A to Z (Aznavour to Zaz) with a special twist, singing in Russion too, Gigsland.com,2015

Brief description of Catalina Bar & Grill on the site of experiencela.com

The official site of Dizzy Gillespie